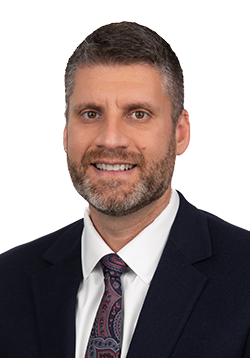 Adam Cox
Host of Common Cents on the Prairie™

If you were watching the Super Bowl on Sunday, chances are you caught some of the many really expensive commercials promoting all sorts of products and services. Some ads were memorable — others less so — but one ad in particular caught my attention.

Larry David, creator of the HBO series Curb Your Enthusiasm and co-creator of the iconic Seinfeld series, starred in a commercial promoting cryptocurrency (“crypto”) for Bahamas-based FTX Trading. And he isn’t the only celebrity to lend a name and image to promote crypto recently. In the past few months, I’ve seen ads featuring Tom Brady, LeBron James, and Matt Damon (who seemed to imply that I was weak if I didn’t invest in crypto). What’s happening here?

Celebrity endorsements are nothing new. Celebrities (including athletes, entertainers, and even social media influencers) have a long history of using their personal brands and status to promote products to the public for a fee. And when celebrities put their face behind a product, people tend to notice. Most of the time, the products they endorse are fairly harmless. Charles Barkley says that the new sandwich lineup at Subway is great. Okay. If I try one and he’s right, fantastic! If not, I’m out $5.00 and I won’t try them again. No big deal; the steaks (see what I did there?) are very low for me personally.

Growing up, I, like many other kids my age, wanted to be a great basketball player. So, when Michael Jordan — the greatest basketball player in the world at that time — put his name on a pair of sneakers, that meant something. After all, who would know better than Michael Jordan about basketball shoes and how important it is to play with the best? If they were good enough for the best player in the world, surely they were good enough for me!

Sandwiches and shoes are one thing. But what about when celebrities endorse products with higher risk? A few recent examples immediately come to mind. Whether it’s Peyton Manning endorsing high-cost investment and insurance solutions, Tom Selleck promoting reverse mortgages (that one stung a bit), or, more recently, celebrities like Tom Brady, Matt Damon, and Larry David encouraging viewers to buy crypto, more skepticism is warranted because the stakes are that much higher.

Celebrity endorsement doesn’t mean that a product will lead to financial success. Last year, celebrities began heavily endorsing SPACs (special purpose acquisition companies) — the hottest trend on Wall Street over the last 18 months. SPACs are blank-check companies formed with the intent to acquire a private company and take it public. They gained popularity in 2020 with several notable companies going public through SPACs, including Virgin Galactic and DraftKings. Big-name celebrities signed on to sponsor and invest in these SPACs to help entice other investors to do the same.

The SEC took notice, saying, “Celebrity involvement in a SPAC does not mean that the investment in a particular SPAC or SPACs generally is appropriate for all investors. Celebrities, like anyone else, can be lured into participating in a risky investment or may be better able to sustain the risk of loss. It is never a good idea to invest in a SPAC just because someone famous sponsors or invests in it or says it is a good investment.” (emphasis in original text)

How did those SPAC investments turn out? Not so hot. According to The Economist, companies that went public through a SPAC merger from January 2019 to June 2020, underperformed the Nasdaq by 64% through November 1, 2021 (and it’s gotten considerably worse since then).

And now that SPACs are out, crypto is in. But should you buy in?

When considering whether to invest in something backed by a celebrity — especially something with as much at stake as your financial future — I would encourage you to keep two things in mind:

Follow the money. Celebrities receive lucrative compensation to help sell a product. They have a monetary incentive to play a role. That much we know. What we don’t always know is whether or not they actually use the products they endorse. Every time the Chicago Bulls played on TV, we could see that Michael Jordan used the same shoes that he was endorsing. But do we know if Larry David buys crypto? Which leads me to the second point…

We shouldn’t care. Celebrity endorsers are typically in a very different financial position than we are. Let’s assume for a minute that the celebrities endorsing SPACs or crypto have money invested in those products. If the SPAC underperforms or if crypto suffers a huge decline (as Bitcoin has recently, dropping nearly 50% between November 2021 and late January of this year before recovering some of those losses), do you think these celebrity endorsers will miss any meals? I doubt it. Their financial circumstances are different than yours and mine. They can afford some swings and misses. Can you?

Now, before sending in the hate mail, please keep in mind that the purpose of this article is NOT to say that SPACs, crypto, or whatever financial products that come along next are inherently bad bets. None of us can know that. Only time will tell. Rather, the purpose of this article is simply to remind you (and me — I’m not above getting caught up in emotion after all!) to take a step back and look at these endorsements for what they are. Someone famous got paid a lot of money to tell you to buy something. Whether that something fits in your long-term financial plan is ultimately up to you. If you’d like help sorting that out, feel free to reach out.

In the meantime, be careful out there.