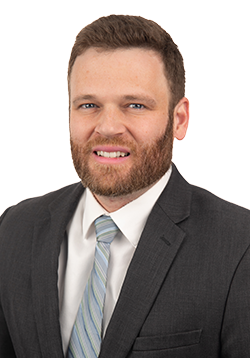 In the 1960s and 70s a group of well-known stocks dominated the investment landscape. Dubbed the “Nifty Fifty,” these household names were known for their popular products and seemingly no-brainer investment merit. These companies – such as General Electric, Coca-Cola, and IBM – were the stock market darlings of their day, with consistently growing profits and high price multiples.

The post-financial crisis world has given us a new set of “nifty” investments. Most share the attributes of the aforementioned Nifty Fifty: strong financial results, growing profits, and strong brand names. They led the expansion of the bull market of the 2010s, where the U.S. stock market registered over 13 percent in annualized returns.

When the coronavirus pandemic and associated recession decimated markets early in 2020, an even more concentrated group of stocks emerged. At one time nicknamed the “FAANGs” (Facebook, Amazon, Apple, Netflix, and Google/Alphabet), they were the big tech winners of the new digital economy.  Instead of hurting earnings as experienced by other sectors of the economy, these companies soared in the lockdown recession. In fact, by the end of September 2020, these top five stocks (with Microsoft now substituting for Netflix) had grown so much that they represented over 23 percent of the value of the S&P 500 Index (which reflects the performance of 500 largest U.S. stocks), up from only 14 percent just one year prior.

The S&P 500 is supposed to be one of the most diversified investment indexes there is. With so much value of the supposedly diversified index in just five companies, what’s going on and what should investors do?

Taking historical perspective: stock market concentrations of the past

Research by Dimensional Fund Advisors (Dimensional) shows that the current level of stock market concentration is not unprecedented. However, we have to go back many decades to find a comparable period. From the 1930s through the 1950s, the largest five companies in the U.S. stock market made up between 20 to 25 percent of the market’s value at any given time. The three-decade persistence of this highly concentrated market shows that a reversal is not necessarily imminent.

As you can clearly see, outperformance is very large for stocks as they enter the top ten. Yet once they get there, the picture changes dramatically with the average stock underperforming by more than 1 percent per year in the five and ten years after their top ten appearance.

Is this another tech bubble?

During the late 1990s, investments in internet-based companies brought the market to new heights. However, when many of these companies failed to turn a profit, investors jumped ship and the ‘tech bubble’ burst, resulting in drastic losses. Are we headed for another tech bubble?

We believe this to an extent, but let’s be clear:  the top five names we are referring to are very much healthy, fast-growing companies with large profits and even larger sales. For example, the largest company in the world, Apple, had over $273 billion of sales and over $58 billion in profits over the 12 months ended June 30. That certainly justifies a very high market value.

What should investors do?

So, what are investors to make of the current environment? The rapid ascent of these five largest companies to 23 percent of the market’s overall value means that returns were also very concentrated. When market returns are concentrated into just a handful of companies, some tried and true investor behaviors can start to look foolish. One behavior in particular that the recent market moves have made more challenging: diversification.

For many of us, diversification is the foundational investor behavior that we learn. It is also one of the most intuitive. By spreading out risks between many different companies and investments, overall portfolio risk can be reduced, usually without sacrificing return. Yet, in our current environment where only a handful of stocks are driving returns, diversification actually turns out substantially worse. How can this be?

This is a byproduct of the way market indexes are constructed. Currently, the FAANG stocks are taking up large percentages of the market’s overall value. As we’ve already established, investments in these companies have also had the highest returns. If the biggest companies are also some of the highest returning investments, then the primary way to outperform the market index is to overweight these already overweighed companies even more. Said differently, the best performing strategies are those that focus on the largest names in the index and diversify less.

For example, two very popular strategies that outperformed the broad market year to date (as of 9/30/2020) are the S&P 500 Growth Index and the NASDAQ 100 Index. Performance for each index was +20.6 percent and +31.6 percent over the first nine months of the year, easily topping the broader S&P 500, which returned +5.6 percent. How did they do it? Remember that the top five stocks in the broad S&P 500 were Apple, Microsoft, Amazon, Alphabet, and Facebook and they made up about 23 percent of the value of the index. This is already a high concentration, but is nothing compared to the S&P Growth and NASDAQ indexes. The weight of the same five companies in those strategies has ballooned to a whopping 36 percent and 45 percent, respectively. You read that right, almost half of the value of the NASDAQ 100 Index is in only five companies!

While no one can argue with the outsized performance of these increasingly concentrated indexes, their ongoing outperformance will require abandoning one of the most tried and true tenets of successful investment. We respectfully advise against that.

In keeping with our clients’ best interests, our investments team continues to pursue strategies that don’t involve getting caught off guard with concentrated portfolios, no matter how “nifty” their recent returns have been.

To learn more about becoming our client or more about our work, listen to our podcast, Common Cents on the Prairie, or contact us.